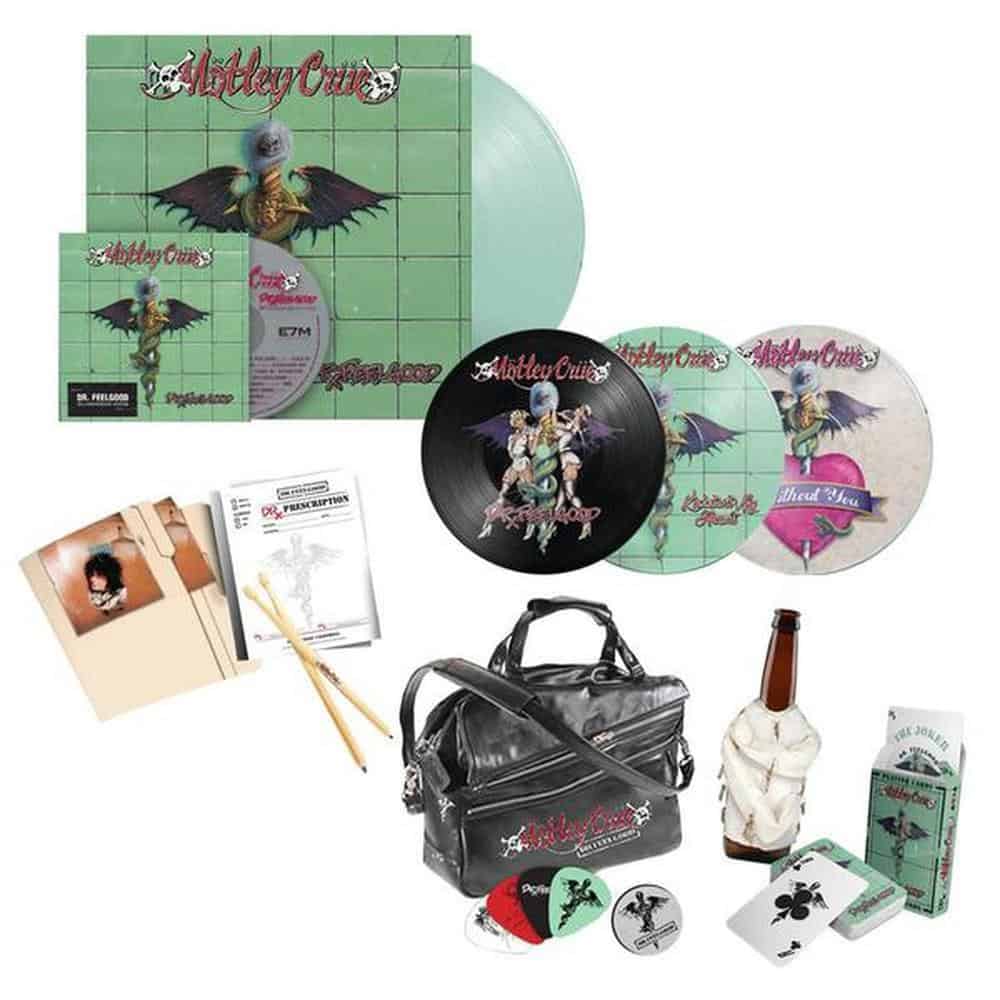 The biggest commercial success of the most notorious rock band of all time is being released in a 30th Anniversary Edition.

2019 has seen not only the release of Motley Crue’s critically acclaimed biopic ‘The Dirt’, but also marks the 30th anniversary of the album ‘Dr. Feelgood’, their biggest commercial success, which contains band classics such as ‘Kick-start My Heart’, ‘Without You’, ‘Same Ol’ Situation’ and the title track.

Celebrating the legacy of the most notorious rock band of all time, this reissue will be available in a deluxe box set edition that contains a green vinyl LP, digipak CD, ...
More Details